Welcome to ‘Talk is Cheap’, our new newspaper-style comic covering the Canadian political scene – such as it is. Following in the tradition of Doonesbury, Bloom County and Weltschmerz, TiC aims to measure the space between rhetoric and reality with a mixture of surrealism, snark and snappy visuals.

‘Talk is Cheap’ is available for syndication, so send us an e-mail for details if you’re interested! 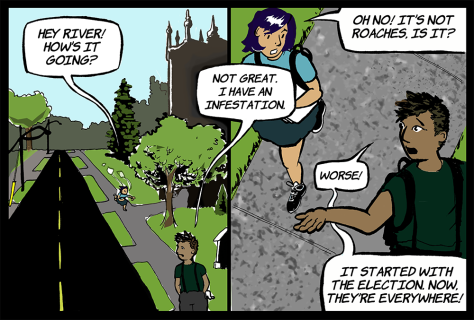 “It’s 1964 in Peterborough! The Beatles are at the top of the charts, and the newly-formed NDP will soon bring us to live in a socialist paradise!” 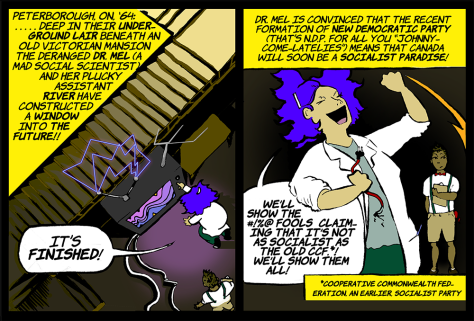 With a little help from friend and migration-management veteran Tony Abbott, Harper deals with his refugee crisis. 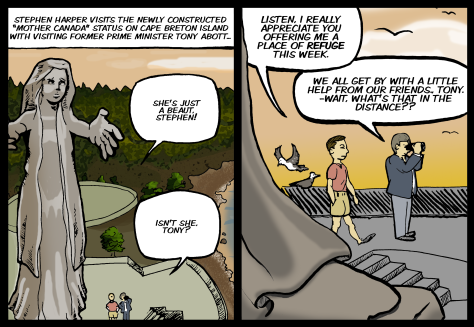 River received a phone call from the most lovable critters of the season: the election pollsters… 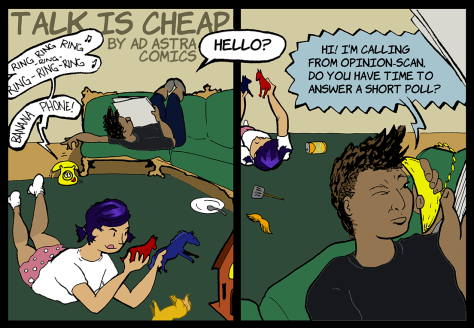 It’s a long journey to justice, in this week’s Talk Is Cheap… as Mel mobilizes her friend River to get out and vote! 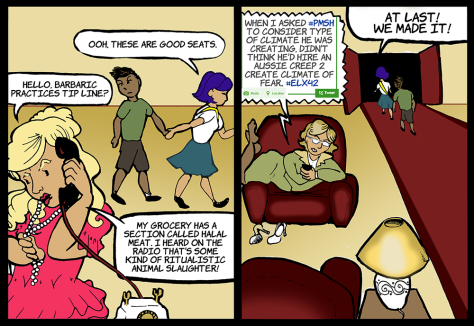 This week, River educated Mel about that well-known but rarely understood Parliament creature, the P.R. Reptile… 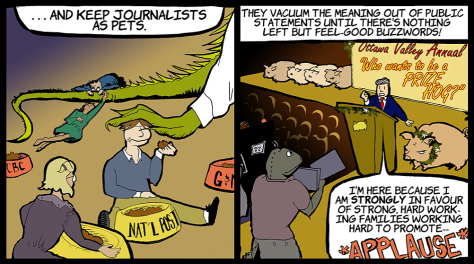 Before you or anyone you know decided to apply for graduate school, consider these simple words wrapped in colourful pictures: 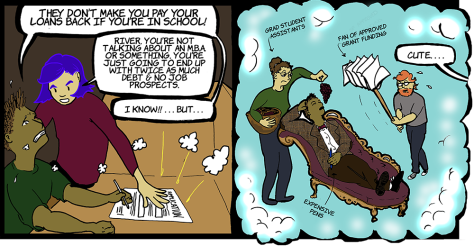