“The very ink with which all history is written is merely fluid prejudice.” – Mark Twain

Unlike most histories from above or below, Fluid Prejudice stands out as one that doesn’t provide a coherent narrative. Instead, it’s a dream-like journey through Australian history, haunted by the violence of colonization. Single-image cartoons jostle with longer stories, and well-known figures sit side-by-side with personal stories. Some characters recur in different forms across stories, shifting from the foreground to the background. This jumble creates a more radical approach to history which leaves questions and contradictions unanswered, rather than offering the reader an easy vantage-point. 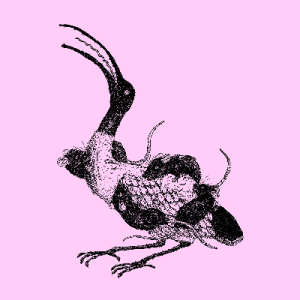 While it may be tempting for many white activists to dissociate themselves from Australian racism, the collection doesn’t allow the reader to imagine that they can be outside processes of colonization. In one comic, two environmentalists engaging in direct action query whether this is part of the continuing white colonization of the forest. In another, white Occupy protesters pause to consider the irony of following the chant “Always was, always will be, Aboriginal land” with “Whose streets? Our streets!”

Similarly, we never get to wholly lose identification with the middle-class Australians who are so often the target of activist derision. For example, a comic about the destruction of old growth forests is followed by another in which a man looks at a newly-opened suburb, daydreaming about a home there. While the image hints at typical narratives of suburbia as a site of ecological destruction and bland whiteness, there’s also an element of sympathetic identification. 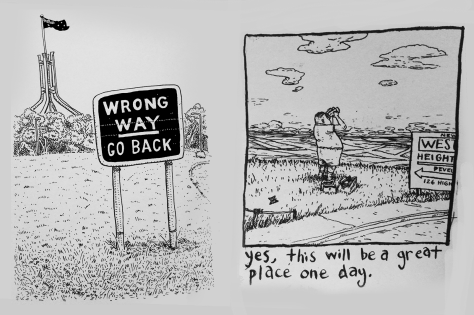 Australia’s history as a penal colony, too, is treated through a overlapping stories which never quite settle into a single perspective. Fluid Prejudice focuses on stories of escape, with convict William Buckley reappearing several times throughout the collection. Mary Bryant, a transported thief, escapes and is later pardoned. However, the optimism of these stories is balanced by the stark list of different convict occupations in 1847 Tasmania, and the subtle reminders that convicts also played a role in the violence of colonization.

Both cities and the landscape become haunted sites. The Tasmania tiger, hunted to extinction as a part of the effort to impose a European approach to agriculture, reappears throughout the book stalking the supposedly-tamed undergrowth. Within the city, state and social control is undermined by a lesbian beat, working-class resistance to restrictions on free speech, and an underground city of train station platforms and graveyards which remain below the streets. No place is more authentically a site of struggle than others.

Fluid Prejudice rejects the erasure of the violence Australia was built on, but it also highlights moments of solidarity and hope. One comic reminds us that the only known protest against Germany’s persecution of Jewish people following Kristallnacht came from the Australian Aborigines’ league in 1938. In another, people run over rooftops and onto the top of trams as part of attempts to escape police crackdowns on public speech. We’re reminded of a period when unions were more radical, and prepared to down tools to save public space and support other struggles.

As well as these more overtly political stories, many of the notes of optimism and humour in this collection touch on the politics of gender and sexuality: Percy Haynes is followed by a policeman and charged for wearing women’s clothes, only to have the magistrate decide that since women can wear pants, there’s no reason men can’t wear dresses if they choose. Zeki Müren, a Turkish singer, performed in drag in Sydney in 1974 to an enthusiastic crowd of homesick Turkish immigrants. 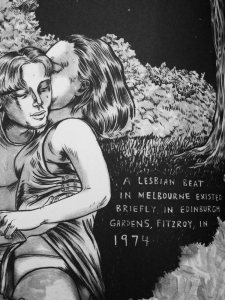 Part of the beauty of this collection is the inclusion of mundane scenes and lives that would not usually reach the history books. There are fragmentary scenes of an Aboriginal embassy, passengers on a tram, a trip to Healesville sanctuary, even a dumpster. We learn about Rosaleen Norten, the witch of King’s Cross, and then about cartoonist Ruby Knight’s mother. Arlene Textaqueen replaces the front cover of conservative newspaper The Australian with responses to the question, ‘Where are you really from?’

Through the combination of explicitly political and more personal stories, resistance is written through many different forms and spaces. This is a helpful alternative to the ‘one true way’ approach to activism, in which a single set of tactics and strategies is the only way to be radical enough (or, conversely, polite enough).

Fluid Prejudice, as we might expect from an alternative history, undermines the myths Australia is built on, from heroic stories of settlers eking out a living in the bush to the ongoing erasure of the violence against Aboriginal people and other marginalized groups. However, it also encourages more critical reflection on our positions as activists and the ways in which we do—or don’t—identify with others within Australian society.